Some old-timey lifts on video

I came across this very short video of Charles Rigoulot lifting, he demonstrates some of the lifts I wrote about here and here and here.


At 0.10: one arm snatch
At 0.15: one arm C&J
At 0.23: two hands military press. Note the exceptionally strict, controlled form. Most contests at this time required that the lifters' heels be held together.
At 0.35: two hands (split) snatch.

A professional weightlifter, Rigoulot was known for his speed and athleticism. He was, according to David Willoughby, "essentially a specialist" in the one and two arm snatch, and two arm clean-and-jerk. He did little pressing as he thought it would slow him down. 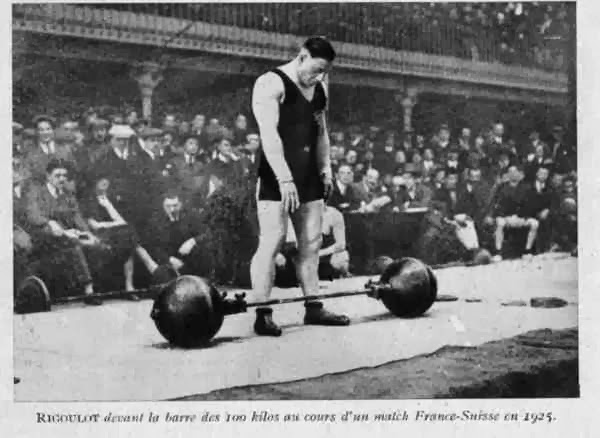 About to snatch 100kg one-handed

As can be seen, he was relatively speaking an extremely poor 'presser' but very strong on the one arm snatch and swing and, for his time, the deadlift, two arm snatch, and C&J.

Rigoulot's records were sometimes questioned, as for all overhead lifts he used a custom-built shot loading barbell 8 feet in length, with a very springy handle--much more efficient, once one mastered the technique of using it, for getting weights overhead than the 1'' diameter, stiff, 6' length standard weights normally used.

In 1930, Rigoulot became the first man to officially lift the 'Apollon wheels' overhead--a 'show' weight of performing strongman Luis Uni ('Apollon'), this railway car axle and wheels weighed 366 pounds and, with a 2-inch handle, was exceedingly difficult to lift even for very very powerful individuals. 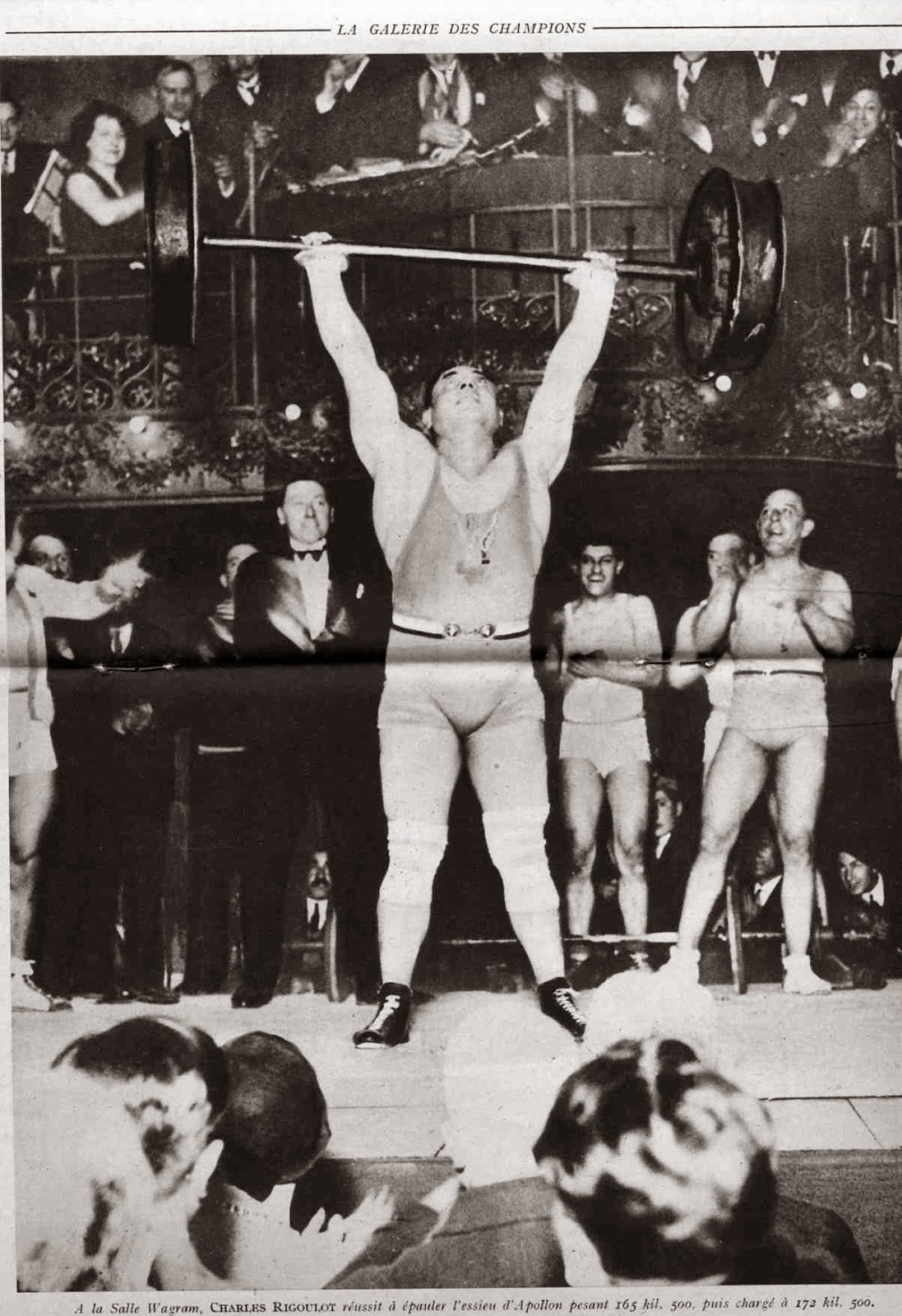 Rigoulot retired from weightlifting in 1933, at age 30, due to a sprained hip, and became a professional wrestler. With the money from both those sports he was able to drive race cars on his spare time; which is pretty darn awesome. 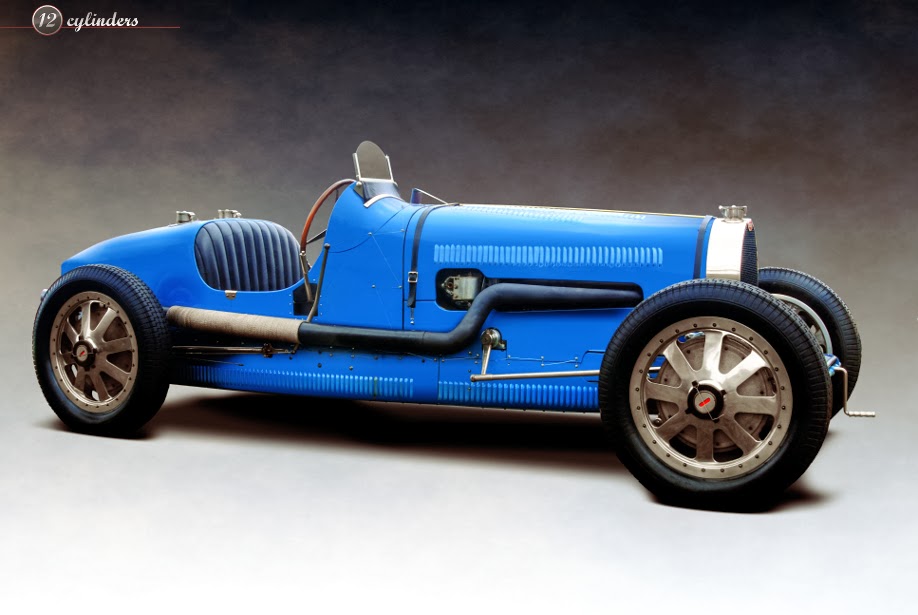 Bugatti type 45--no idea if Rigoulot drove one but one of the best French racing-cars at the time.

Posted by affecting gravity at 9:26 AM