In part one, I wrote about the general factors you should consider when designing a specific training program, regardless of what your goal(s) are. Here's a detailed example; a recent program of mine that got me to my first triple bodyweight deadlift.

Setting the goal:
After joining the strongfirst deadlift team, I of course began thinking of our competition and wanted to put up a good number on the platform. About two months before the meet, my best deadlift was 395. The goal I settled on was simple--add 15+ pounds to my deadlift 1RM in 8 weeks. I'd been hovering around a 2.5-2.75x bodyweight pull for some time, and figured that my first powerlifting meet would be a good place to smash through the triple bodyweight barrier and break through into the 400s. Plus, a triple bodyweight lift would be a state record in the IPA, albeit an unofficial one (as it would not be done in a full power meet).

Limitations:
I had some severe limitations at this time. I trained at home, and my mismatched plates, knurling-deficient bar and uneven basement floor didn't exactly provide great lifting conditions. Also, I'd be recovering without the very high protein, high calorie diet of the all-you-can-eat meal plan I enjoyed while at school. Thus, I had to take steps to adapt. First off, because I was training under less than ideal conditions with only 8 weeks to go before the meet, any sort of pre-planned periodization cycle would be ill advised at best. 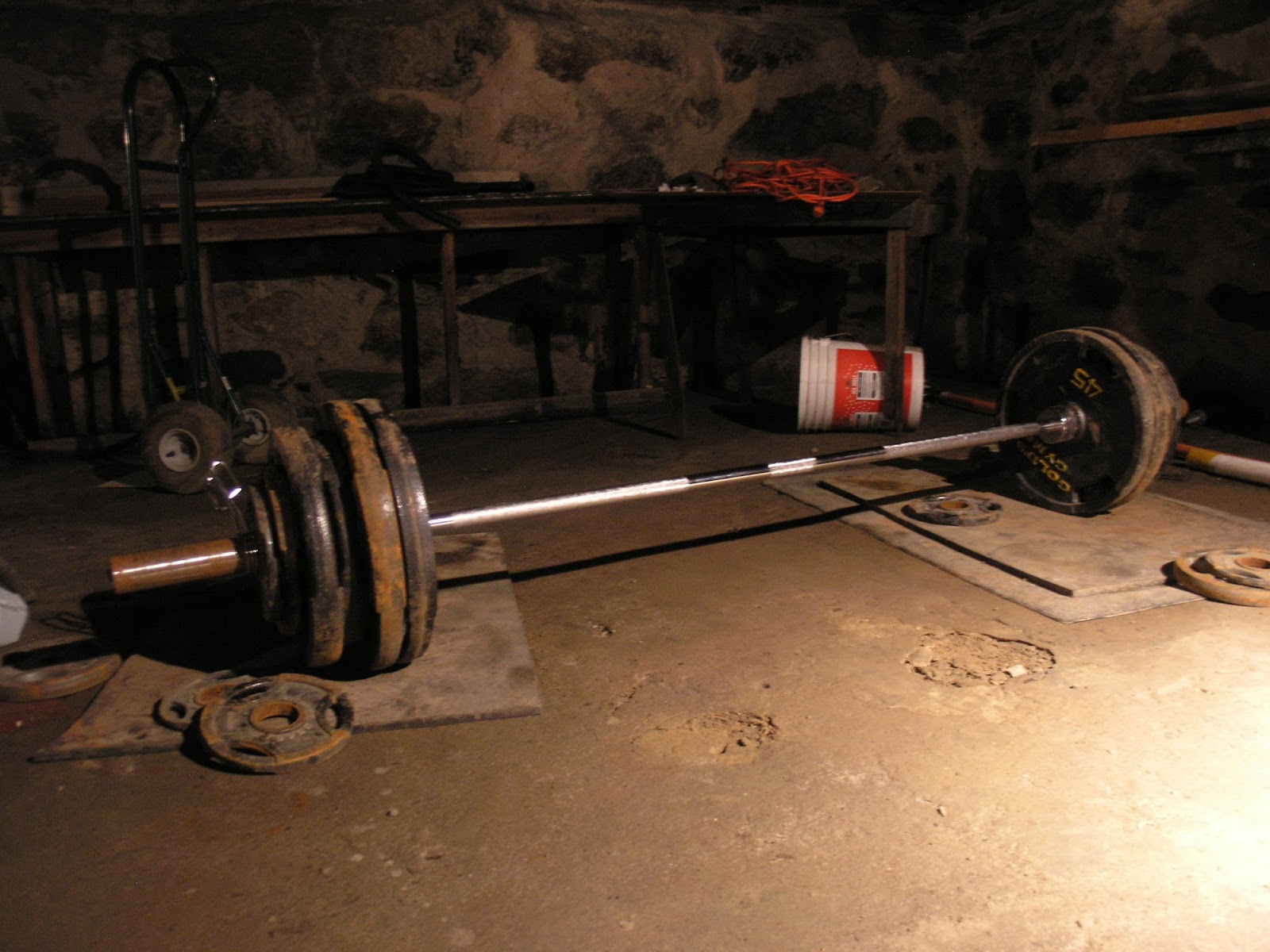 Not exactly the Russian camp at Taganrog...

Sacrifices:
Given my recovery limitations and the fact that I really wanted to work as hard as possible on deadlifts, I decided to cut all 'unnecessary' exercises out of my training. Ideally, of course, I'd do some sort of pullups, rows, hyperextensions, shrugs, or whatnot to help boost my deadlift; or include squats or presses to balance out my routine, but I decided that wasn't necessary to improve my pull. I'm built pretty decently for the deadlift and can gain well on it just by doing it. So deadlift I did, and... for 7 weeks that's all that I did. 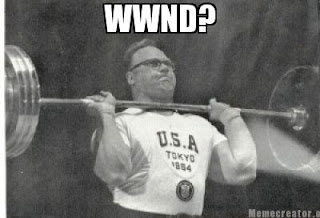 Personal enjoyment:
This was pretty straightforward. The deadlift is one of my favorite lifts, and I was perfectly content doing nothing else for almost two months. Meet prep was frustrating at times, especially when my basement flooded and I had to wear rubber boots to lift, but my eventual progress was definitely worth any temporary lack of my usual zeal for training.

An effective approach:
Over the past couple of years, I'd come to notice that moderate frequency, low to moderate volume, high intensity training was best for my deadlift. Working up to a top set of varying reps every 4-7 days or so really seemed to be the best course. I decided to stick with those basic guidelines (moderate frequency, fairly low volume, high intensity) when planning my prep program for this meet.

Regarding my deadlift itself, speed off the floor is definitely my strong suit and lockout is my weak point. Generally, I rip the bar off the floor and try to blow through most of the sticking point with momentum from a fast start, then grind the rest of the way to lockout. I decided to alternate sessions in which I spent a lot of time developing speed, with sessions developing grinding strength and lockout power. So:


Terrible video quality, but you get the idea

And... there you have it. I designed a program based around 1. my very clear goal, 2. what had worked for me in the past, and 3. my training conditions (and limitations) at the time; trained very hard, and was successful. My deadlift went from 395 to 412.5 in 8 weeks.

Other stuff...
As I anticipated (though I did hope--and try--to prove myself wrong) I was unable to pull a really good top single in training; failing with 375 and 385 several times... quite stupid, really. The biggest weight I moved during prep was 365. I did manage 360x4 about two and a half weeks out from the competition, and that let me know that I was on target. Simply put, the strength I built could not be demonstrated well under training conditions.

As far as tapering for the meet went, I just worked very very hard and then took the week off before competing. Doing only one lift, I chose my first two attempts very conservatively (360 and 385) so that I'd have plenty of energy to go all-out on my third; a strategy that paid off. 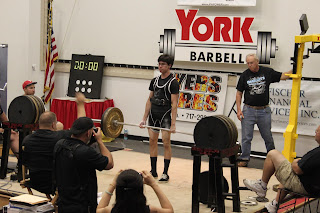 The lift I wanted to make before I even started lifting....

As always, I hope this blog was informative (and didn't bore you to death!) --I'll have the next posts for the old(e)time strongman series and the bodyweight progressions series up before too long.

You can leave comments and questions below or send them to affectinggravity@gmail.com, and watch our youtube vids here.

Posted by affecting gravity at 6:49 PM