Have you read 'How Much Land Does a Man Need'? A greedy landowner enters a deal wherein for a set price, he can buy as much land as he can walk around in a day's time. Of course, he tries to cover far too much ground and dies in the process (it is a Russian story, you understand). How much land did he need then? Six feet.


When it comes to training, it's always seemed more constructive to me to find out how little you can get by on and then adding pieces onto that foundation, instead of trying to find out how much you can do first and working backwards from there. I recently saw a program designed by someone who supposedly knew what they were doing (BA, MS, CSCS, bunch of years in the fitness industry, trained people from all walks of life, etc.)--here's what it looked like:

Yes, that was all in a single session. Progressions were carefully laid out, as was nutrition, deloads, a supercompensation phase, etc. How much of all that mess was practically usable? Probably none of it. The guy (or girl, I honestly forget where I saw this) was so concerned with doing EVERYTHING in the BEST possible way that they lost sight of practicality and common sense.


On the other end of the spectrum is a hyper-minimalist program that takes out as much as possible. Pavel's 'Simple and Sinister':
-minimal joint mobility warmup
-100 one arm kettlebell swings in 5 minutes
-5 kettlebell turkish get-ups each arm in 10 minutes
-minimal cooldown stretch
Done every day or almost every day... two main movements, takes about 20-25 minutes total.

Me going through the 'simple' goals (a 32kg/70lb kettlebell)

Which of those two programs do you think is more usable? Most definitely the latter. Better to do too little than too much, as long as the 'little' is chosen intelligently. Especially because the 'skeleton' program can easily be added to, if the trainee wants anything more. My friend Andy did just that with S&S to great success: check out his approach here.


The best question regarding these types of plans is not "how little can I do" (where's the objective there?) but instead "how little can I do and still improve?" Dan John's 40-day plan is one excellent example. It may not be deliberately progressive and it's extremely abbreviated; but it has made quite a few people stronger.

John McKean's strength work is another model. He made himself and many other lifters very successful in competitive powerlifting and all-around weightlifting using routines that were often comprised of just 2-4 lifts for 3-10 single repetitions. One of those might look like this, lifting twice weekly:

Each lift working up to one top single and then 3 backoff singles with ~70% of the top lift emphasizing speed, possibly done against band resistance. There is no fluff whatsoever there. No accessories, no base building, and it probably would involve perhaps an hour or two of lifting each week. McKean himself squatted 600 at 148 with no gear and no drugs using routines like that (in fact, I believe his 600 squat routine was simply: day 1, work up to a max in the squat; day 2, do isometric squats at the sticking point by pushing against pins in the power rack). And many of his own programs throughout the years did not have planned progression either. He called it 'constant weight training.' 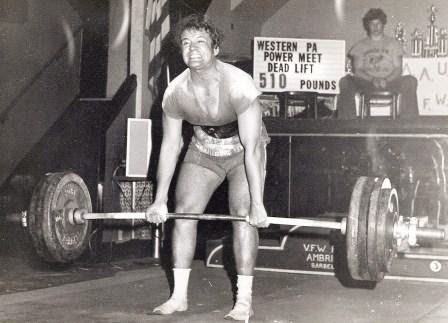 To look at a less abbreviated but still 'as simple and as little as possible' example; look at some of Bryce Lane's ideas (which I wrote about here and here); or what Alex Viada does by taking the bare bones of two different programs and combining them in an intelligent manner. Viada summed up his philosophy as being "only do what you have to, do it well, and do it controlled." Here is an example of what he does. It succeeds because it takes all but the essentials out of a plan to create progress in two demanding sports that are on completely opposite ends of the spectrum of human ability.


These last two examples are important in another respect where  minimal training is concerned: they both involve, potentially, a whole lot of work. The basic example of Bryce's 50/20 involves doing 100 reps of barbell clean and presses, and 100 reps of squats, each week, with 70-80% 1RM, with short rest periods. That is hard work and a fair bit of it, too. Viada's programming, too--the running portion might be low volume for an endurance specialist, the powerlifting portion might be low volume for a full time lifter, but taken together--it's a demanding week by most standards.

I believe it was Jack Reape who wrote that to get stronger, at some point an individual must either
1. Get heavier
2. Do more work, or
3. Use performance enhancing drugs.

Thus, increasing volume or frequency--i.e. doing more work--is an important aspect of programming. Many seem to associate that increased workload with 'druggsss!11' but look at the strongest people from the drug free era. Their training was all both very simple, and involved a lot of work either in terms of frequency or volume; or, for some (Anthony Ditillo comes to mind) both. This is the second big advantage of a minimal program: more work can be added more easily than to something that already has a whole lot of excess odds and ends tacked on to it. Moreover, when done properly even a very minimal routine will involve a pretty fair amount of total work done--again, see the 40-day plan.


The main danger of uber-minimalist training is, of course, that one might end up taking just a bit too much out and paying the price in health.
Personally, this is the least I did to become stronger (as defined by setting several all-time personal records in several different movements). I was in college at the time, with little time to train:


With perhaps an hour and a half of training each week, I noticeably improved in each of the movements I was practicing, setting all-time PRs in the pistol and the one arm chin, and big PRs in several odd deadlift variants as well.

The biggest problem (that I discovered later) was my shoulders. I've always had 'closed' shoulders, and all the above certainly didn't help with that. The deadlifts were pulled in a slumped, Bob-peoples-esque style; an experiment that yielded huge increases in strength and comfort when it came to other odd deadlift variants but did little for my scap retractors and general posture. The pushups and pullups of course are all internal rotation, too. The result: my shoulders adopted an even more rounded position, certainly not the healthiest thing. Also, for the first time I abandoned elbow prehab while doing the one-arm work. This too was not a smart idea. In this case, a bit of shoulder and elbow work and some spine extension work would have been a relatively small concession to make in terms of general health and gone a long way towards making the plan sustainable.

I'm most definitely going to write more in the future about bare bones programming, but for now, here's a five-step checklist to help make some sense of your programming:

"What am I trying to do?" Identify your goals...
"What do I really need?" ...and a progression towards them. Preferably one based on your past successes/mistakes (i.e. what worked and what didn't under which circumstances).
"Am I covering all bases?" Make sure you've got a push, pull, squat, and hinge in some form. An anterior chain movement and then something in the transverse plane are the next things to add in, if you can. This is where your plan fills out.
"Is this sustainable?" Make sure your progression isn't too ambitious, your overall workload isn't too high, you haven't added too much extra 'stuff' on that last step. Streamline....
"Is it healthy?" As with my last example; make sure you aren't going to screw yourself up, physically, with some aspect of what you're doing. You may end up sacrificing general health for performance--that's your call. Just be prepared for it to come back and bite you!


One last thing to consider.

As Mark Reifkind told me: "You should know your body better than anyone else. Honestly, if you can’t write yourself a program and follow it, and make those decisions, make those sacrifices to become better, you don’t deserve my respect." (That was his thought regarding coaches and trainers, of course, but I assume most everyone reading this is one of those.)

On the other hand, Dan John (I think that's three references to the guy in one blog post, is that going to summon him or something?) said: "If you coach yourself, you have an idiot for a client."

Who's right? Both of them. I firmly believe everyone should go it alone and do programming for their own goals at least sometimes. On the other hand, I know a lot of smart people who just can't seem to put it together in that regard. For them, finding an appropriate idea from someone like Pavel, or Bryce, or Dan, or just about any strength athlete or coach between 1900 and 1960 would be a great place to start. Never be afraid to try and cut out as much of the excess as possible. Remember the Pareto Principle... and imagine how focused your training would be if all of it was comprised of 'the 20%'.


Posted by affecting gravity at 11:48 AM